Fort Kochi beach is a beach along the Arabian Sea situated in Old Kochi respectively Fort Kochi area of the city of Kochi in South India, Kerala state.Unique views and point of interests are the so-called Chinese fishing nets and the fishermen working there: commonly known as “Chinese fishing nets” they are shore operated lift nets, each measering about 10 metres (33 ft) in height, sustaining a cantilever with an outstretched net of 20 metres (66 ft) or more, suspended over the sea and large stones suspended from ropes as counterweights at the other end. Each installation is operated by a team of up to six fishermen. 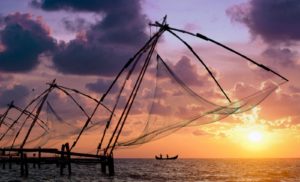 Set in the heart of Ernakulam city, near Kochi’s main railway station, Durbar Hall was built in the 1850s by the Maharaja of Cochin to host his Royal court. In the 150 years since then, the Hall has had many incarnations. Recent extensive renovation works by the Kochi Biennale Foundation have transformed the space into an international museum quality exhibition venue. 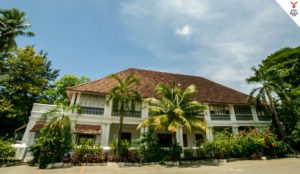 An old Dutch property converted into a cafe by Anoop Scaria and Dorrie Younger, Kashi Art Cafe opened in 1997 with an exhibition by C V Ramesh. Over the years since then, Kashi Art Cafe has become the hub of Kochi’s contemporary art scene. The Cafe contains a permanent collection of artworks including those of Christina Mamakos, K S Radhakrishnan, Pradeep Naik and Riyas Komu. 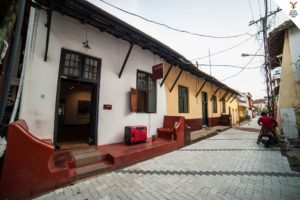 Pepper House is a waterfront heritage property located on Kalvathi Road in between Fort Kochi and Bazar Road. The building consists of two historic ‘godowns’ (an Indian word for a dockside warehouse), one facing the street and another overlooking the waterfront. These large, two-story buildings with Dutch style clay roofs are separated by a large courtyard which would have once been used for storing goods waiting to be loaded onto ships in the harbour.
The sixteen thousand square feet Pepper House complex was renovated and currently houses a courtyard cafe, visual arts library, gallery, studios for artist residencies and event spaces. 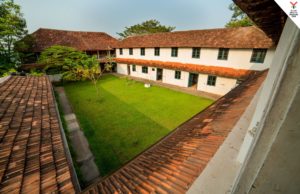 Aspinwall House is a large sea-facing property in Fort Kochi on the way to Mattancherry. The property was originally the business premises of Aspinwall & Company Ltd established in 1867 by English trader John H Aspinwall. Under his leadership the company traded in coconut oil, pepper, timber, lemon grass oil, ginger, turmeric, spices, hides and later in coir, coffee, tea and rubber.

The large compound contains office buildings, a residential bungalow and a number of warehouses and smaller outer-lying structures. A primary venue for the Biennale, Aspinwall has been loaned to Kochi-Muziris Biennale by DLF Limited in association with the Gujral Foundation. 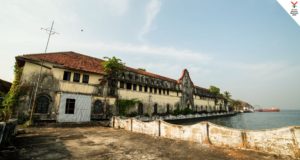 Towards the end of the 19th century Aspinwall & Company began trading in coir. In 1904 the company acquired the Cabral Yard property on which they constructed a hydraulic press for coir yarn. The property gets its name from Portuguese navigator Cabral, who made the first shipment of merchandise from Cochin in 1500 AD. 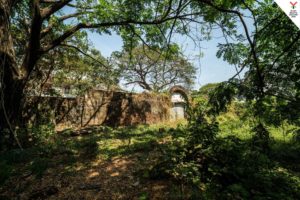 Named after David Koder, a Jewish businessman who resided here with his family, David Hall is a Dutch bungalow built around 1695 by the Dutch East India Company, located on the north side of Parade Ground in Fort Kochi. It is believed that the property was used to accommodate military personnel during the Dutch occupation. Since 2007 the building has been leased by CNO India to CGH Earth, an ecologically conscious hotel group. David Hall is currently an art gallery and cafe, and regularly hosts a variety of collateral events in the garden at the rear of the property. 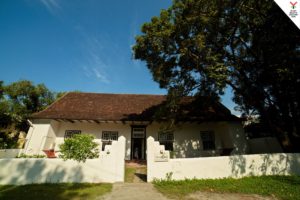 Lined alongside Bazar Road, which leads to Mattancherry, are structures dating back several hundred years, when the spice trade was at its peak. Built at a time when the Dutch ruled Cochin, these structures served as warehouses for the storage of spices, hence the name ‘Dutch Warehouse’, or to use local parlance, ‘godown’. While several of them continue to be used, others remain dilapidated. 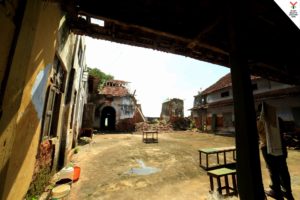 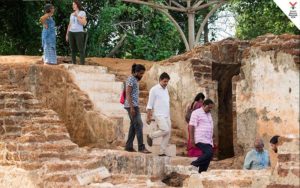 One reply on “Pack bags and get ready for Kochi-Muziris Biennale’16! We here bring you the list of venues!”

Please tell me more about this event.